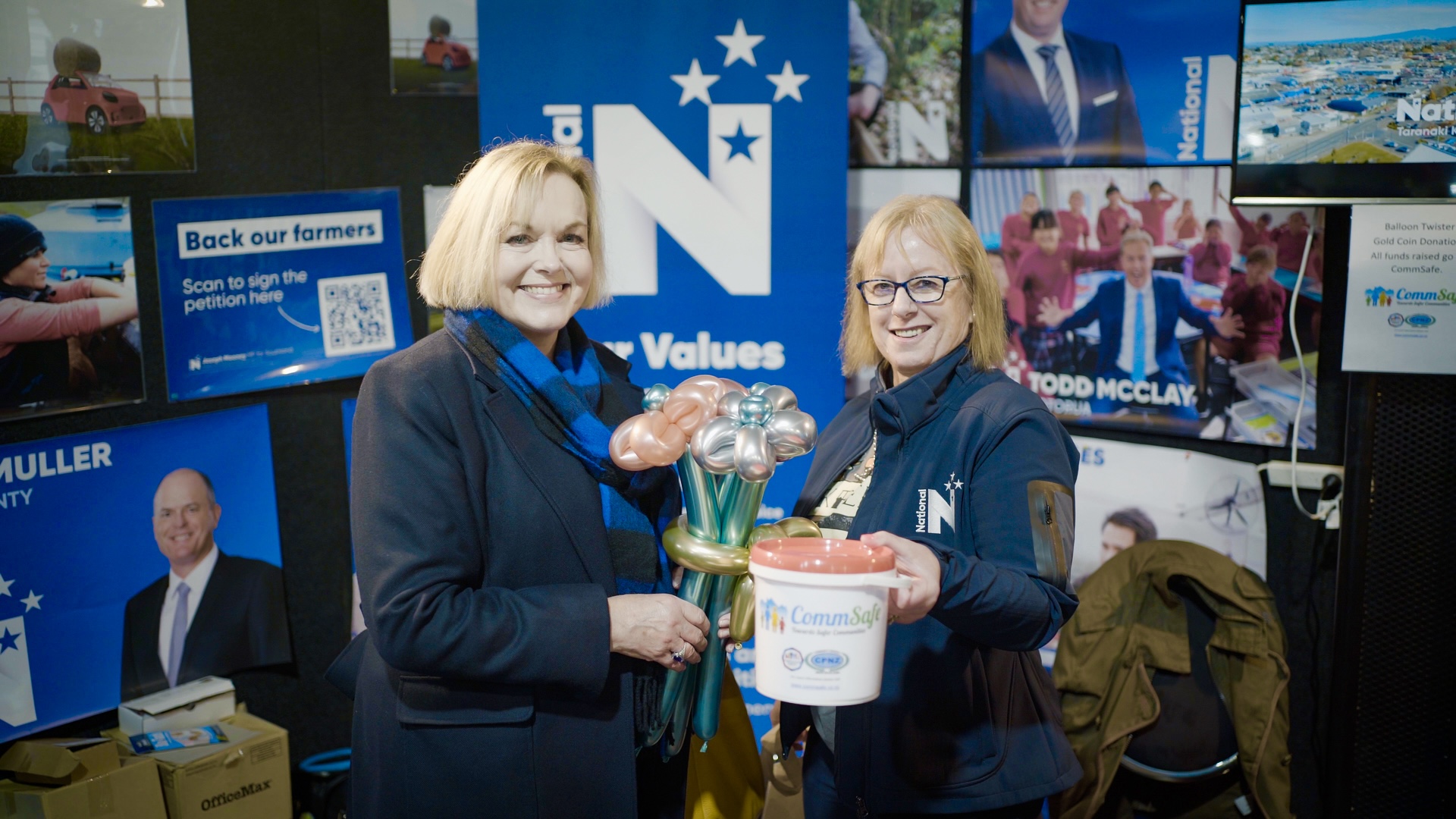 It was wonderful to be back at Mystery Creek for 2021’s National Agricultural Fieldays after COVID-19 led to a virtual experience last year.

My congratulations to chief executive Peter Nation and the team on persevering even though COVID scares earlier this year made it feel like a risky proposition.

Despite the rain, record crowds came to see the latest technology, machinery and products, but more importantly to socialise, as rural people like to do.

I had the honour of raising the New Zealand flag alongside the Fieldays flag on the first day to set the ball rolling for four fantastic days. Friday saw a record daily crowd of more than 44,000 people.

Red bands, pink bands and all manner of gumboots, along with a Swanndri and an umbrella, the dress code of most amongst the corporate apparel. There was the usual excitement of the tractor pulls and fencing competitions, as well as hot dogs, burgers and coffee shared over good conversations.

What was noticeable this year is that rural people are holding on to our history and heritage while adapting to the new era of climate change and water issues — two concerns weighing heavily on their agendas.

We might all love to drive electric utes if we had them, and the electricity and charging networks set up to run them.

But leadership should be by example not by decree.

The Government hasn’t been able to electrify its own fleet and any increase in electric vehicles right now will be powered by a huge percentage of imported coal.

The rural community is a group which supports each other, and that need has never been stronger. Farmers and small businesses are feeling isolated and targeted like never before.

A little understanding would go a long way, but the rules just keep coming, without any understanding of how they will be implemented.

This means Rural Support Trust and FarmStrong and the other support organisations are busier than ever.

Supporting Farmers — a new venture between Fonterra, my son Tony and I — made its Fieldays debut. The new service is aimed at supporting sharemilkers and young farmers but open to anyone.

Resilient Farmer founder Doug Avery was also there in his ever-supportive role.

Fieldays is an amazing event which is now in its 53rd year. My first was around 40 years ago and I’ve only missed one in all of that time.

There’s something special about the friendship and social nature of our rural communities. Something I am proud of, and something you have to be part of, to truly understand.