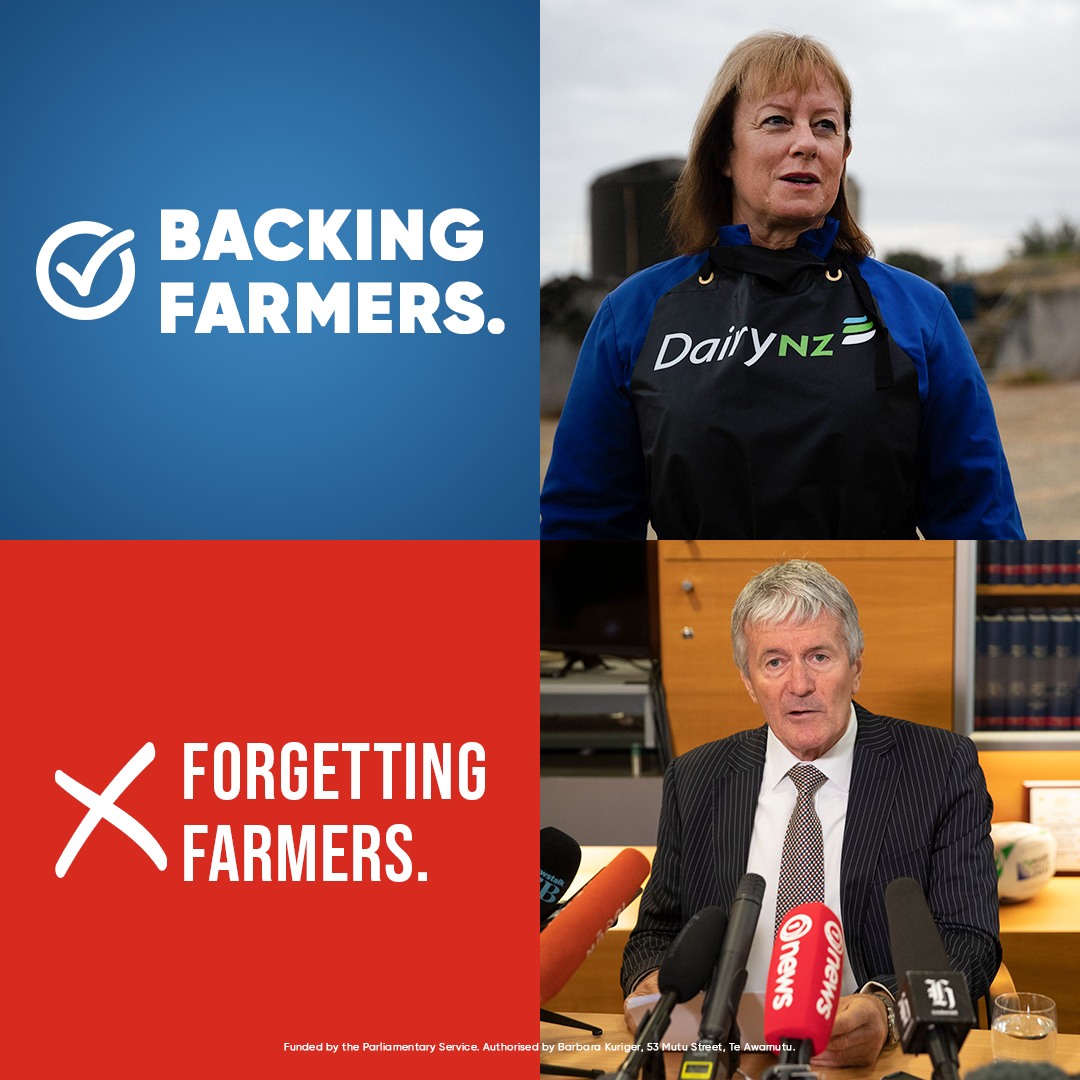 I used to think it was a case of either ignorance, arrogance, or maybe both. But I’ve changed my mind. Now I think it’s a case of not understanding how the world works and the consequences of decisions.

Ask anyone who manages the household budget, and they will tell you, keeping the breadwinner well and productive is essential. But not so with our free spending government.

As announcements to spend billions (or millions on a slow day), fall from the mouths of the Prime Minister and/or ministers each week, penalising agriculture, which is making most of those hard-earned dollars, continues at pace.

More regulations, by people with no practical experience or in-depth knowledge, of how agriculture and many other industries work.

The end result are poorly considered statements on freshwater and biodiversity, unrealistic climate change targets, water and land reforms to name but a few.

All counter-productive, all unworkable, and done without consulting those directly affected.

Farmers with hefty workloads, especially at this time of the year, are being forced into meeting or responding to the heavy compliance demands these regulations require.

As a group, farmers are very amenable to changes for the betterment of their land and animals. But so much has been coming at them all at once. They are continually having to debate or work with rules which don’t work from the ground up or have them in control.

At least 34 Acts of Parliament already apply to farming from Agricultural Compounds through the alphabet to the Wildlife Act. These acts also have multiple regulations under them, plus the many more that are directly or indirectly applicable to agriculture and horticulture.

On top of that, there are 19 codes of welfare under the Animal Welfare Act alone, and 15 water conservation orders, some of which apply to farming.

The content of this editorial is to raise again some of the excessive strangling of the agriculture sector, by decree, which I am National’s Spokesperson for.

It does not include the illogical policies, plans or regulations being imposed in other areas like education, health, transport, immigration, business, employment, housing, finance and infrastructure, my fellow MPs are battling.

With only 14 months or so to the next General Election, there is a very real danger that the face of this country will be changed forever.

And that’s not being an alarmist. It’s already happening.

Rural New Zealand makes up 15% of our population — some 750,000 people. But its very way of life has never been more precarious than it is under the current government.

Kiwis all love to champion our rural roots and our farmers are renown globally. But more importantly agriculture, as our biggest breadwinner, needs your protection.

Being informed means you are able to make sound decisions, so I encourage you to understand what is happening.

It is vital we all know what has been imposed, what is being proposed, and what it will mean long term, before we reach the ballot box