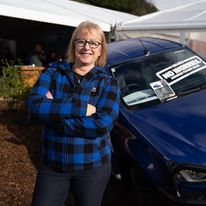 The consultation period for the Government’s emissions pricing plan for agriculture is closing as I write this.

Since its unveiling last month, Labour’s plan based on the He Waka Eke Noa’s partnership report but heavily tweaked, has drawn nothing but derision and a stock standard refusal from farming sectors and entire regions.

One size regulations like the above are not fit for purpose — never have been and never will be.

Moreover, it joined the raft of regulations (proposed and enacted) on our rural communities and ag sector.

Since Labour took office, I’ve been at a loss to see why agencies like the Ministry for the Environment (MfE) and Ministry for Primary Industries continue to push these ‘one-size fits all’ policies.

Regulating, without any thought given to the impacts of what they’re introducing or how they will be implemented.

A recent example is the many southern farmers refusing to apply for resource consents from their regional councils in order to comply with MfE’s intensive winter grazing regulations.

That’s because the processes, to enact the regulations which took effect on November 1, aren’t in place yet.

We know they want change, but the way things are being done, makes even a dog’s breakfast look appetising.

When I began dairy farming in systems were similar. But even back then, there were differences. Dairy farming was largely pasture-based without a lot of bought in feed and limited nitrogen fertiliser.

Today NZ farms are either bovine or ovine, plus a mix of deer, alpacas and other animals. Pork and poultry farmers have their own challenges.

A beef lot where all the feed is brought in, a sheep and beef operation mixed with production forestry and finally a pasture-based biological dairy system with few purchased inputs. So from harvesting and carrying food on the first farm, to cows, beef and sheep doing the harvesting on the other two.

All farms are part of catchment or sub-catchment areas, with wide-ranging operations, allowing rural communities to work together solving their unique environmental needs.

It makes absolute sense and is a suitable place for iwi and farmers to solve the challenges evolving from our land-based systems.

How the varied industries involved in He Waka Eke Noa arrived at a model which incorporated not only the above systems, but a range of others including horticulture without any ruminant animals, is quite a thought process.

Especially when farmers just want to put on their boots in the morning and, after taking care their animals plant a shelter belt of trees rather than ticking boxes (virtually or literally) to comply with the next chore on the Government’s job list.

After many years in the industry, I know all farmers, no matter what part of the sector, are under stress. Stress borne from nonsensical ideas with no idea of the impact on our food producing families.

Never has there been so much red tape to contend with, and so much contempt for those who tend the land yet contribute more than 50% to our economy. It’s heart-breaking.

NZ was built on food production, common sense and practical application. Today we are the world’s best.

Even COP27 delegates can’t understand the Government’s emissions plan when world food production is already down 10%.

No doubt this, and many other government moves, will be hot topics of discussion at next week’s Fieldays.