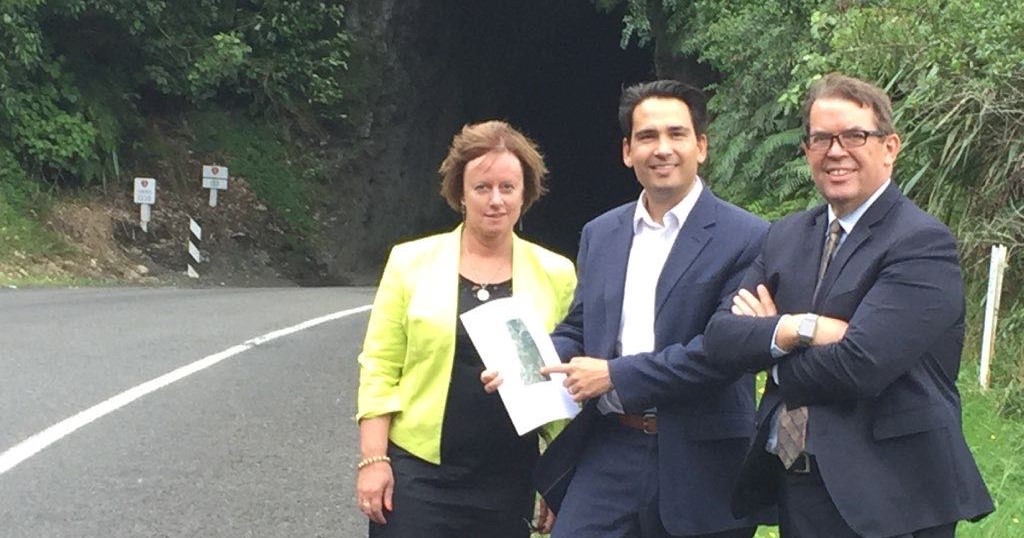 “The bypasses will ensure an enhanced level of safety which has been a critical issue for SH3. But it’s taken five and a half years to get one done thanks to the antiquated RMA,” she says.

“You can see how long it’s taken by this photo of a younger me with Minister of Transport Simon Bridges (centre) and MP for New Plymouth Jonathan Young when the go-ahead was given.

“When the Mt Messenger bypass is completed, it will open up the entire west coast link to the upper North Island, which has to increase economic productivity, the flow of goods and services and tourism, when it returns to our shores.

“As a key freight network between the Waikato, Auckland, Northland and Taranaki regions, I’m sure transport operators will welcome it as well.

“As a frequent SH3 traveller, I’m thrilled the first is completed and am eagerly awaiting the completion of the second.