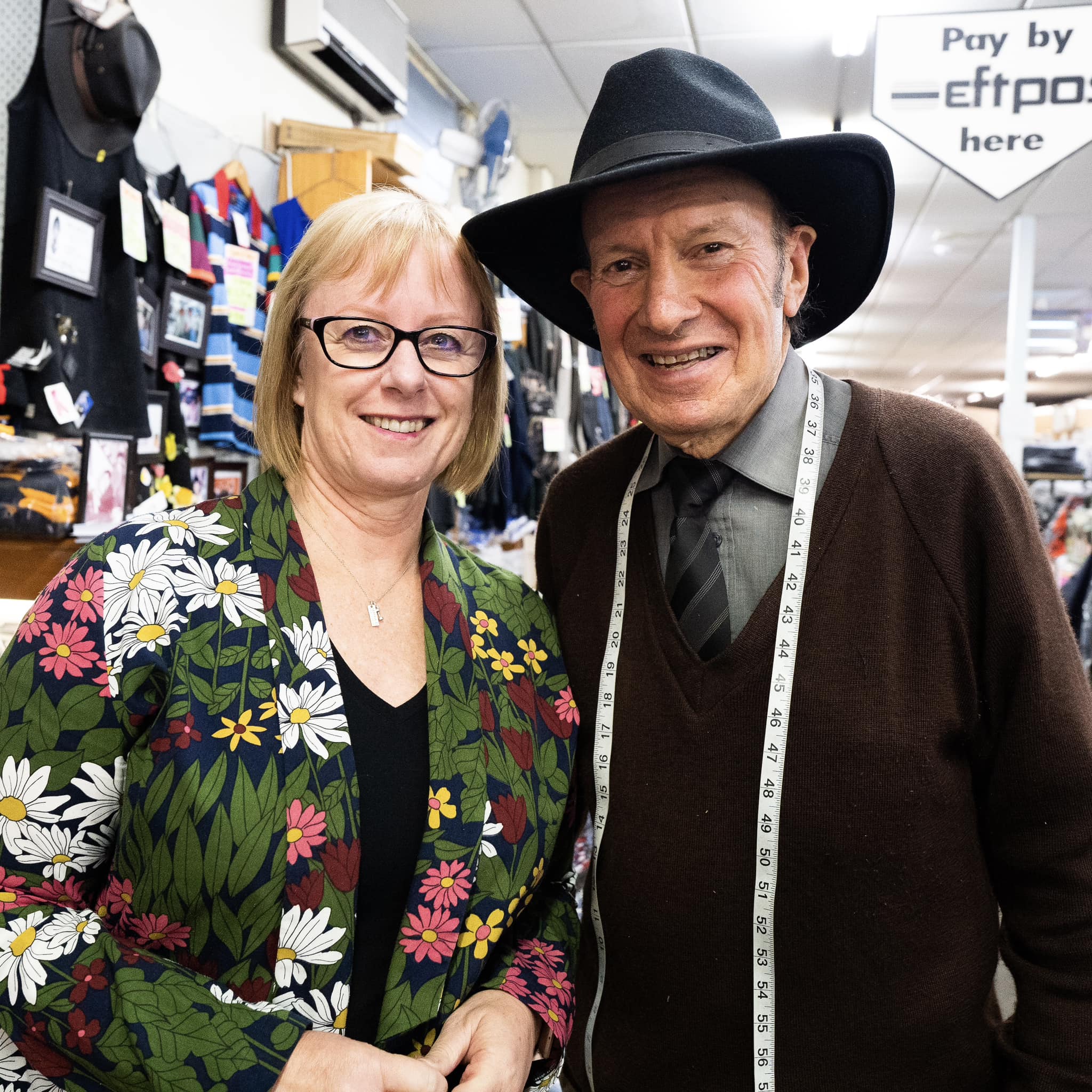 ‘Continuity’, ‘loss’ and ‘service’ have been at the forefront of adjectives used by both mainstream and social media in recent days.

Globally, due to the passing of Her Majesty, Queen Elizabeth II and locally, following the sudden loss of Ōtorohanga retailer extraordinaire Karam Haddad.

The first, dying after 70 years of exemplary service to the United Kingdom, the Commonwealth and her Realms.

The second, after more than 50 years of service to people in the King Country, Waipā, Taranaki, across New Zealand and it seems by the tributes, the world.

Every community, big or small, has people who are iconic to it. Places, which without these people, would just not be the same.

So it was with Karam.

Like thousands of others, I visit the Otorohanga store he founded in 1965. Joined by his brother John in 1971, the pair were peas in a pod, brothers in arms and business partners for life.

I have observed them finishing each other’s sentences, their joy in greeting customers like old friends and treating everyone like family.

For those who have never visited Karam and John Haddad Menswear and Womenswear, going into the shop is like stepping back in time.

It is a store from my childhood with cardboard boxes to the rear and thousands of options for the farm / work / town / sports or school wear upfront — right down to the gumboots, work boots or a hanky for your pocket.

Handwritten signs, many with prices which haven’t been changed in years, feature among the shelves and racks.

There are no desktop screens with point of sale systems or scanning equipment at Haddad’s.

Their only nod to the 21st Century, electric lighting and an EFTPOS machine.

I believe the brothers did call in an expert a few years ago to evaluate their store and how they could, or should, modernise it.

But the expert left before the close of business saying they needed to keep things exactly the way they were — right down the brown wrapping paper which goes around pretty much everything they sell.

That’s because ‘Fieldays’ comes to them — on their way to or from the event — so they’ve never had the time.

Karam’s passing has reminded me that across my mainly rural electorate I have so many people who give to others without expectation.

A random sample off the top of my head includes Luke East, (a great bucket shaker who does a lot of fundraising for local charities) and Robyn Atherton (a tireless worker for a number of organisations) in the Waipā region.

Or in Taranaki local heroes like Jim Shepherd whose passion for dogs, pipe bands, education and Rotary has given much to his community, along with LeAnne Blakelock, community volunteer and fellow Rotarian, who practises ‘service before self’ in so many ways.

In following some of the many Facebook and media tributes to Karam from all over NZ and the world, there are reoccurring themes — a true gentleman, a lovely man, a retail legend, a great dancer, a great muso — to name just a few.

But most talked of how Karam and John exemplify something that’s so sadly lacking today — customer service.

Open all hours or just open for you, if you needed them to be, is how the Haddads have always operated.

“You’re only as good as your last customer,” they’d say.

And that’s their magic.