See what we’ve been up to — www.national.org.nz/media 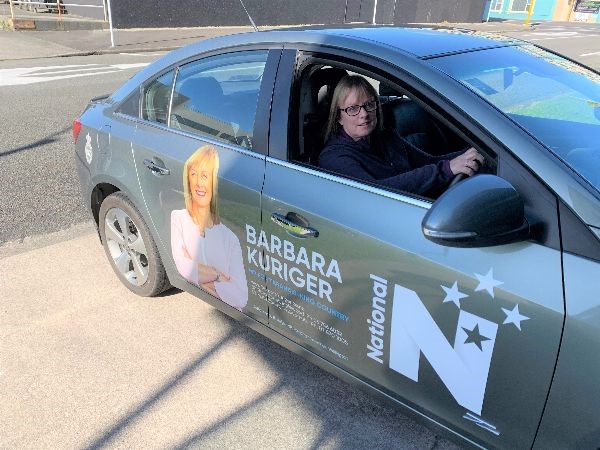 Doing my bit for Groundswell NZ’s Can You Hear Me? Campaign. You too can join in on Fridays. For more information, visit the website — groundswellnz.co.nz

As I write we remain in Level 4 lockdown and the Government has suspended Parliament. Despite this, my fellow MPs and I are continuing to work on essential issues which are or will, once enacted, affect us all.  See what we’ve been up to — www.national.org.nz/media

My focus in the past few days has been on a petition against Labour’s proposed Water Services Bill launched by my fellow MP Chris Luxon and I. Already we have close to 8500 signatories. This bill will affect rural and urban property owners. For more on this, go here — Barbara Kuriger (national.org.nz)

I want to acknowledge all those who are keeping the country running — every essential worker from our border and health teams … to our rural regions — food producers, food providers, plus our truckies, supermarkets, local dairies. Then there are our police, military and emergency services personnel, agricultural and horticultural suppliers and those who are on standby for callouts. There are so many more … and I thank you so much!

The pace of regulatory change for rural communities has been relentless under the current government. It’s the concern I hear most when I move among them around the country and speak with rural advocacy groups.

It’s the reason why Groundswell NZ founders, Otago farmers Bryce McKenzie, Laurie Paterson and Hurunui’s Jamie McFadden organised a tractor protest in Gore against the National Policy Statement on Freshwater in November last year. The group’s overwhelming national support since then, led to the Howl of a Protest’ on July 16.

Agricultural, horticultural communities and tradies aren’t the types to jump up and down, so when they take to the streets in their thousands, you can bet there’s a reason.

Since 2017, Labour has introduced so many proposed bills, acts and requirements, drafted by people who obviously have no comprehension of rural communities, let alone stepped on a farm. To keep reading, go here — Barbara Kuriger (national.org.nz)

When you’re in Government, electricity and fuel security is paramount.

So August 9’s blackouts across the North Island because we literally ran out of power generation was … well … unbelievable!

As National’s Energy spokesperson, I spent the next three days in the House asking Labour why? They were quick to place the blame at everyone’s door but their own, but the buck stops squarely with them.

Energy transition takes a strategic plan which they don’t have — to read more, click this Barbara Kuriger (national.org.nz)

Then there was the news on August 6 that NZ’s only refinery at Marsden Point is to close. To keep our fuel supplies secure, in case fuel tankers don’t arrive or until all the electric vehicles Labour seems to think are readily available … arrive … here’s what we’d do —  Barbara Kuriger (national.org.nz)

No-one welcomed the ribbon cutting ceremony at the Awakino Tunnel Bypass project on August 13 more than me.

Bypassing the 100-year-old-tunnel and Mt Messenger projects were part of the accelerated regional roading programme announced by Prime Minister John Key in 2014 and given the green light in January 2016.

The bypasses will enhance the safety level of this critical stretch of SH3. But it’s taken five and a half years to get one done thanks to the antiquated RMA.

When the Mt Messenger bypass is completed, it will open up this key freight network between the Waikato, Auckland, Northland and Taranaki regions.

I’m sure transport operators and frequent travellers will welcome it as well. As for me, I’m thrilled the first bypass is completed and am eagerly awaiting the second. 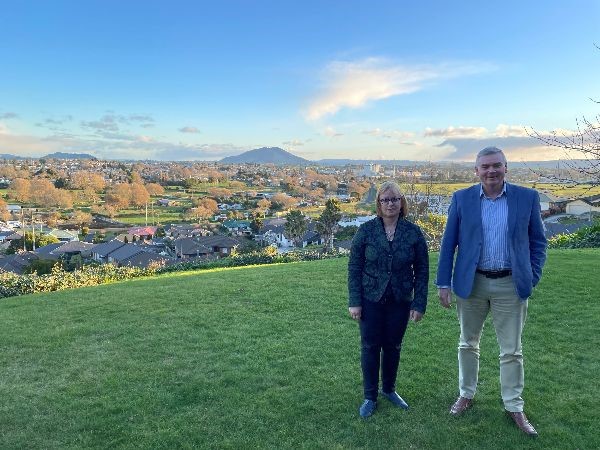 Our Workplace Relations spokesperson Scott Simpson spent August 9 with me to discuss Fair Pay Agreements in the North King Country. If you’re in business I urge you to familiarise yourself with what these will mean for you.

Scott issued a very good press release about what these FPAs could lead to, which could include businesses reducing staff levels and the costs of goods and services going up. In his words … “This is compulsory wage controls. It is unionism gone universal”. Go here to read more — New Zealand National Party

News from me to you

By email — receive every press release and opinion piece, unedited, as I send them, subscribe here.

Online — see my latest news and other issues of Barbara’s Beat on my National web page — https://barbarakuriger.national.org.nz/news

Your support is really appreciated by me, so thank you. We’ll talk soon.