It was great to see you all at Fieldays! 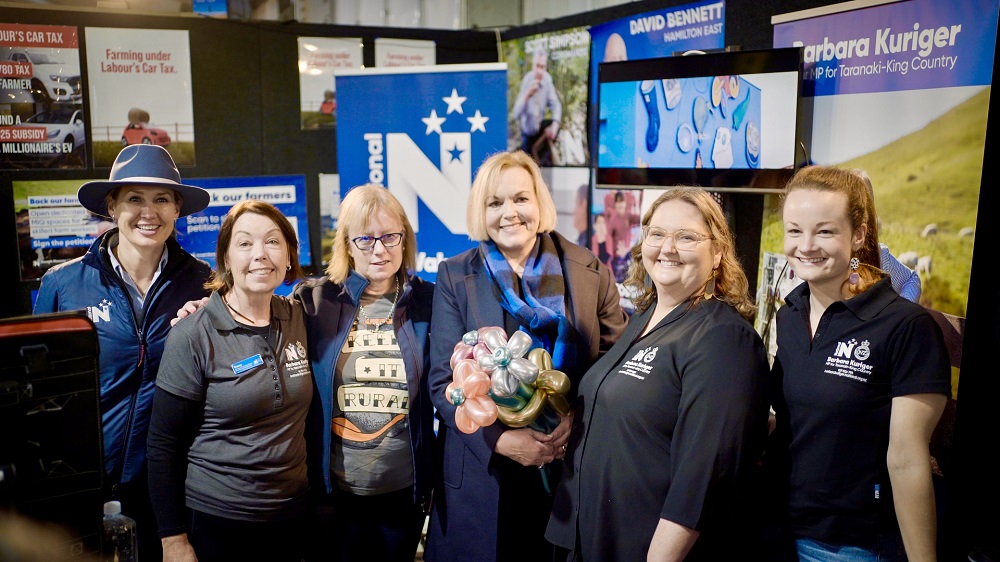 Pictured is some of my team with Selwyn MP Nicola Grigg (left), Tracey Rees (Inglewood office), me, our leader Judith, Sarah Hoyes (Te Awamutu office) and Alice Tasker (based in Te Kuiti)

Taking it to the streets

As National’s spokesperson for Rural Communities, I see a lot of frustration, exasperation and downright irritation out there right now.

The Government’s naive decision-making is affecting our primary sector heavily, and as a farmer, I can totally relate to the rising dissatisfaction.

Farmers are being asked to take to the streets with their tractors and dogs, as part of ‘A Howl of a Protest’ events across the country being organised by Groundswell NZ. Tradies are also invited to come along in their utes.

I know when farmers are frustrated they tend to get on their tractors in protest, so there could be an event near you sometime in July. I may see you at one or two of them.

These areas have been under the spotlight for a while now. The Government wants all councils across the country to identify SNAs on private land within their boundaries in the next five years — a requirement borne out of the 2018 National Policy Statement of Indigenous Biodiversity.

The concept of has caused a lot of consternation in the rural sector.

Farmers are worried that large tracts of land will become unusable without compensation, while government ministers are seeing the SNA process as a land grab and power play over personal property rights and farmers’ interests.

I’d like to hear what you think. Email me at k[email protected]

I continue to feel for Canterbury farmers devastated by floods in early June. These are people who have lost stock, infrastructure, feed and farmland.

The Government’s initial $500,000 was a slap in the face of the rural communities affected, when one farmer alone is predicting he’s lost $270,000 in income this year. The paltry sum of $4 million was added last week after a follow-up visit from the PM, who travelled in a ute, of course as a ‘legitimate’ use.  That sum, while appreciated, won’t go far! So I hope there is going to be more, as indicated by Ms Ardern.

With the Prime Minister deciding she is entitled to determine what cars we should drive and what we should think and say, our leader is calling on Ardern to be clear about what these new laws will encompass. Read more about what Judith’s been saying here.

News from me to you

I mail out to supporters every press release piece. If you would like to receive my press releases and opinion pieces, subscribe here.

I'm always grateful for the support that I receive and for people wanting to keep in touch with me. It's very much appreciated, so thank you.