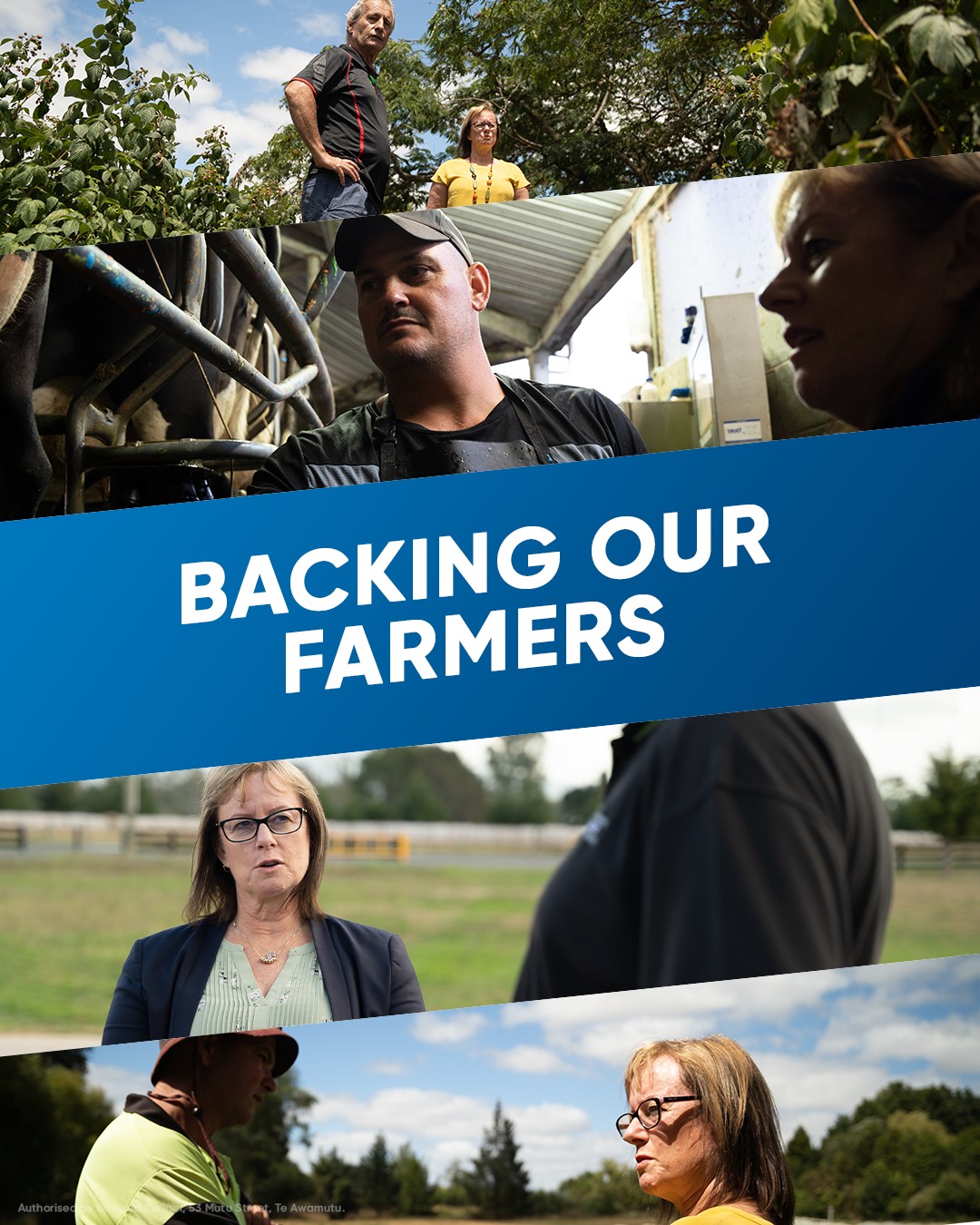 I recently returned from a Parliamentary trip to Europe. Zoom is a wonderful invention, but nothing can beat sitting at a table face-to-face with farming representatives to discover areas of collaboration and where we differ.

With the Russian/Ukrainian situation, food and energy security were to the fore, given Ukraine is Europe’s second-largest supplier of corn and wheat to the European Union, as well as countries in Asia and Africa. Growers and their lands will take a long time to recover from the devastating assault they are being subjected to.

Soil structures were the main topic of discussion in Ireland.

While New Zealand agriculture is at the front of the global pack according to 2021’s Net Zero Readiness Index, to stay there, we must look to science to help us reduce methane and further develop the carbon sequestration of our soils.

We must also understand more accurately the sequestration of indigenous planting and reduce food waste which adds to emissions.

He Waka Eke Noa is now in the hands of the Government and the Climate Commission.

This is the food and fibre industry’s chance to take control of its destiny in the climate space rather than become part of the ETS. National will be engaging with interest in the process throughout the next six months.

But any transitions we make from this must be fair and workable. Because there are overseas examples where doing it by decree has gone horribly wrong.

None more so than in Sri Lanka, where the government ruling that all farmers (tea, rubber, coconut, rice etc) go organic was a disaster, causing an economic and humanitarian crisis.

Regenerative practices are coming to the fore in most countries, but there is still some confusion about what this means. It’s about understanding how the biology of our soils can be restored and the methods needed to achieve this.

Despite the challenges of the past few years, our farmers and growers have shown resilience and adaptability. For example, they are hiring students in place of the RSE workers in the horticulture industry, selling frozen rather than chilled meat in response to shipping delays, and successfully implementing cross-industry freight sharing operations.

It hasn’t all been rosy. 2022’s export revenue could have been higher if RSE workers had been allowed into the country in time for areas like Hawke’s Bay.

Thousands of apples were left to rot on trees, with industry experts estimating more than $100 million down in revenue and three million fewer cartons sent overseas.

We know more challenges are on their way, but with this year’s record export revenue and a predicted rise to $56.8 billion by 2026, there is much hope for the future.

Our agriculture sector will never be the sunset industry predicted in the 1980s because our food and fibre producers do such a great job.

And every time we eat, we should thank them for it.